To most people, the flag is a symbol of loyalty to a country, state, or organization. They’re pretty staple additions to any established institution, usually placed in the middle of everything or at a location where they can be seen by lots of people all the time. But flags serve all kinds of purposes to different kinds of people every day. That’s why commercial flag poles are designed in a way that they can be flexible enough to serve these different purposes.

These flag poles can be used in the military where they are usually placed at the center of military installations or establishments. Although they provide a symbol of morale and loyalty, they also have the practical function of a marker – that is, they make it easier for bystanders and neighbors to identify that a certain military installation is of a particular government and nationality. These usually have to be sturdy so that can be moved around a lot and to places that may have harsh environments.

In contrast, a more temporary purpose would be those served by ceremonial flags. These are often used to indicate the commemoration of an event, marking of a special occasion, or some other holiday. They don’t usually require the sturdiness of commercial flag poles but sometimes the event can last long enough that they would need sturdier flags.

There are also indoor settings that require commercial flag poles. These are usually six to eight feet tall and, unlike outdoor flags that are erected straight up; they can be set up in different angles within an establishment. The flags then serve as indoor décor for the benefit of those who do business there.

And while outdoor flags are usually set on the ground, there are instances where they scenario calls for commercial grade wall mounting. These commercial flagpoles aren’t meant to be as long as the others, otherwise it would be too difficult to support from the angle which it is mounted on the wall.

Finally, there are high accessorized commercial flag poles. These are the kind that goes beyond the necessary features of a flag pole and present beautiful and useful features that make the flag pole more attractive and convenient. Some of these accessories like brass eagles and lighting can add finishing touches to the flag while others have more convenient hooks and pulley systems to make attaching the flag easier. 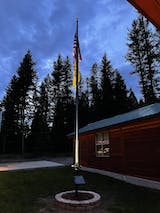 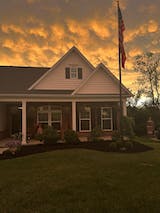 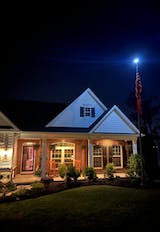